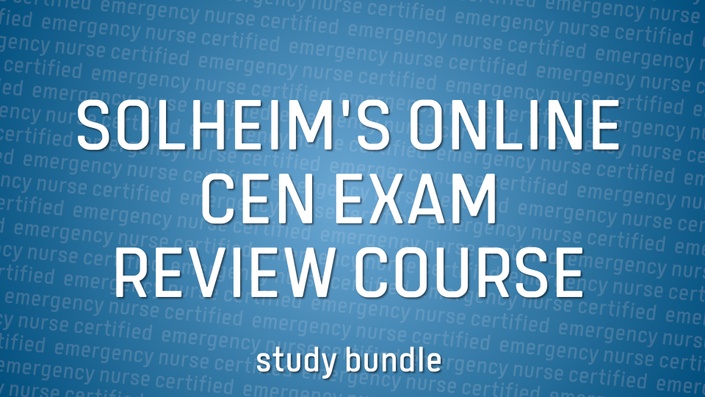 The coupon code you entered is expired or invalid, but the course is still available!

Thank you for your interest in Solheim's CEN Review Bundle! This bundle includes Solheim's Online CEN Exam Review Course, 3 CEN Practice Quizzes, and 1 CEN Practice Test. The 12-part video series will help you prepare to take the CEN Exam. The course offers lectures, graphics, videos and practice questions in many of the areas that are tested on the CEN exam. This review provides a foundation for further study as the participant works toward emergency nursing certification.

The Online CEN Course Manual is sold separately and can be purchased at:
http://www.solheimenterprises.com/shop/solheims-online-cen-manual

Register for testing at:
www.BCENcertifications.org 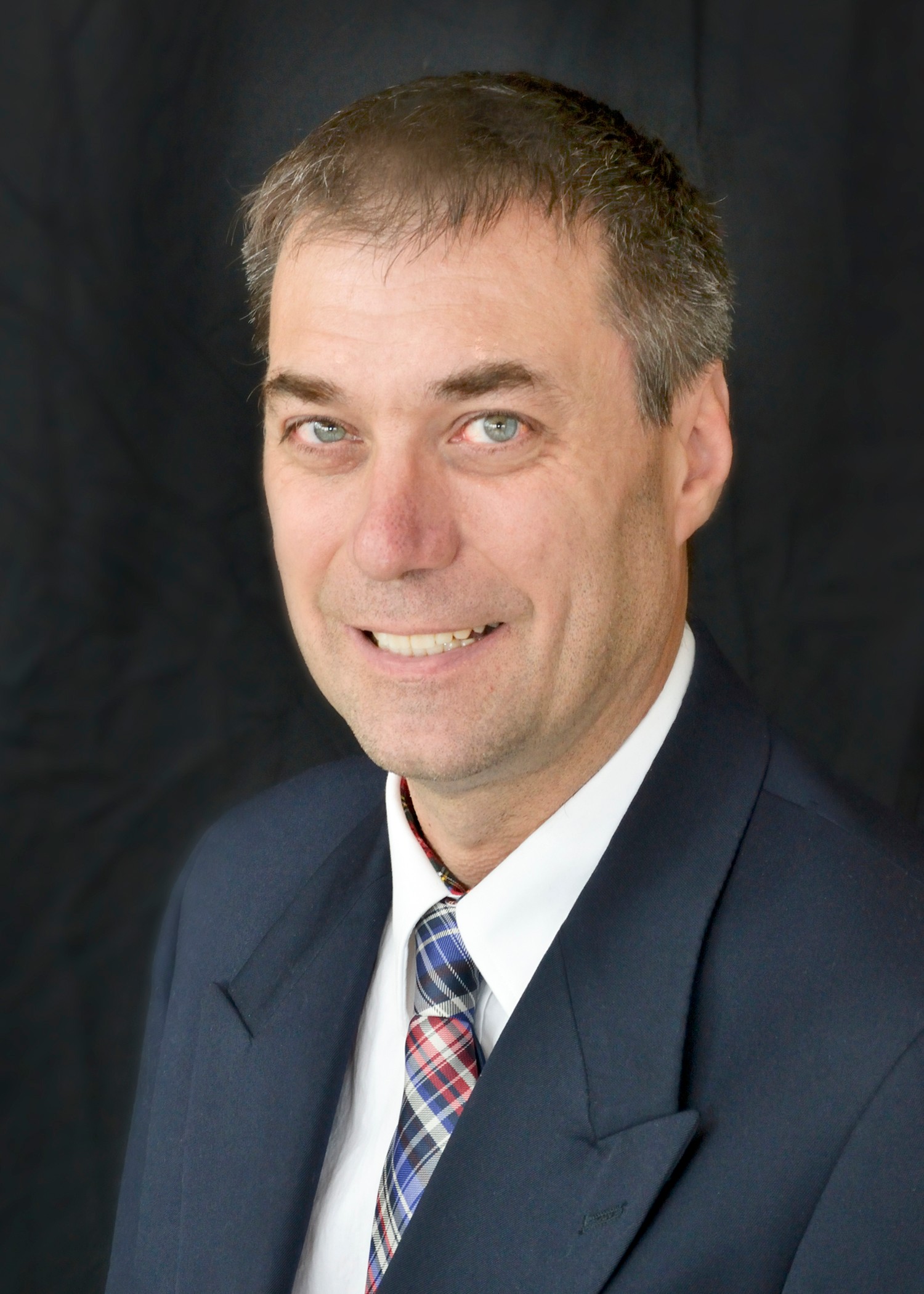 Jeff Solheim
Jeff Solheim is a Registered Nurse who currently resides in West Linn Oregon, a suburb of Portland Oregon. Jeff began his nursing career as an otorhinolaryngology critical care nurse. Three years later, he transferred to the emergency department where he has spent much of his nursing career in various roles. Jeff has been a staff nurse, charge nurse, nurse manager, nurse administrator, trauma coordinator, educator, state surveyor and consultant. Jeff also worked for many years as an International flight nurse and currently works as a staff nurse in the intensive care unit.
In 2004, Jeff left full-time employment in the hospital setting to pursue his passion for education and speaking, starting his own consulting/speaking company. His company, Solheim Enterprises, has grown and now employs numerous other speakers and consultants. Jeff regularly speaks to audiences around the world on a variety of clinical, motivational and comedy-based topics.
Jeff has authored more than 100 seminars and more than 100,000 nurses have been educated by Jeff’s materials. Jeff has also authored more than 30 books, has contributed to many more textbooks, and has authored numerous journals articles. Jeff was honored by the ENA with the “Nursing Education Award” for his contributions to Emergency Nursing Education and publishing and was inducted as a Fellow in the Academy of Emergency Nursing in 2008. Jeff is the author of “Emergency Nursing: The Profession, The Pathway, The Practice” which was released in January 2016 by Sigma Theta Tau International.
Jeff served on the Board of Directors for the Emergency Nurses Association (ENA) from 2013 until 2019 and served as president of ENA in 2018. Jeff was also elected to the board of directors for the Nursing Organizational Alliance (NOA) and served as President of NOA in both 2020 and 2021. Jeff serves on the Board of Trustees for the ENA Foundation and looks forward to being the chair of this body in 2022.
Despite Jeff’s notable achievements in the nursing education realm, one of his deepest passions is with a not-for-profit humanitarian medical organization he started over 25 years ago that sent medical teams to developing nations. The organization, Project Helping Hands, sent over 1000 volunteers to five different continents, serving well over 500,000 people. Although PHH ceased operations in 2019, Jeff had the opportunity to personally lead more than 50 teams during his tenure with the organization. Jeff also has a passion for homelessness and aside from volunteering at local homeless shelters, regularly sleeps on the street to better understand the unique needs of this population.
Jeff has one son, Brandon. In his free time, Jeff enjoys pursuits such as travelling, hiking and running. Jeff has visited over 20% of the nations of the world on six of the seven continents. 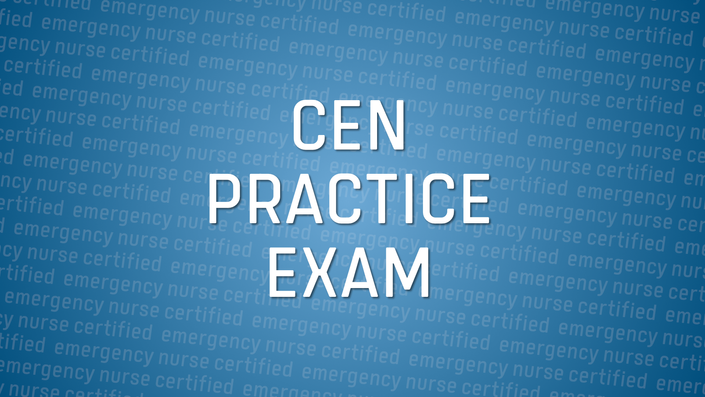 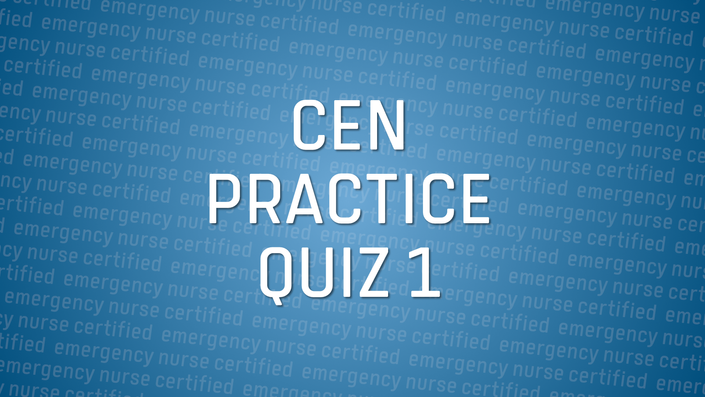 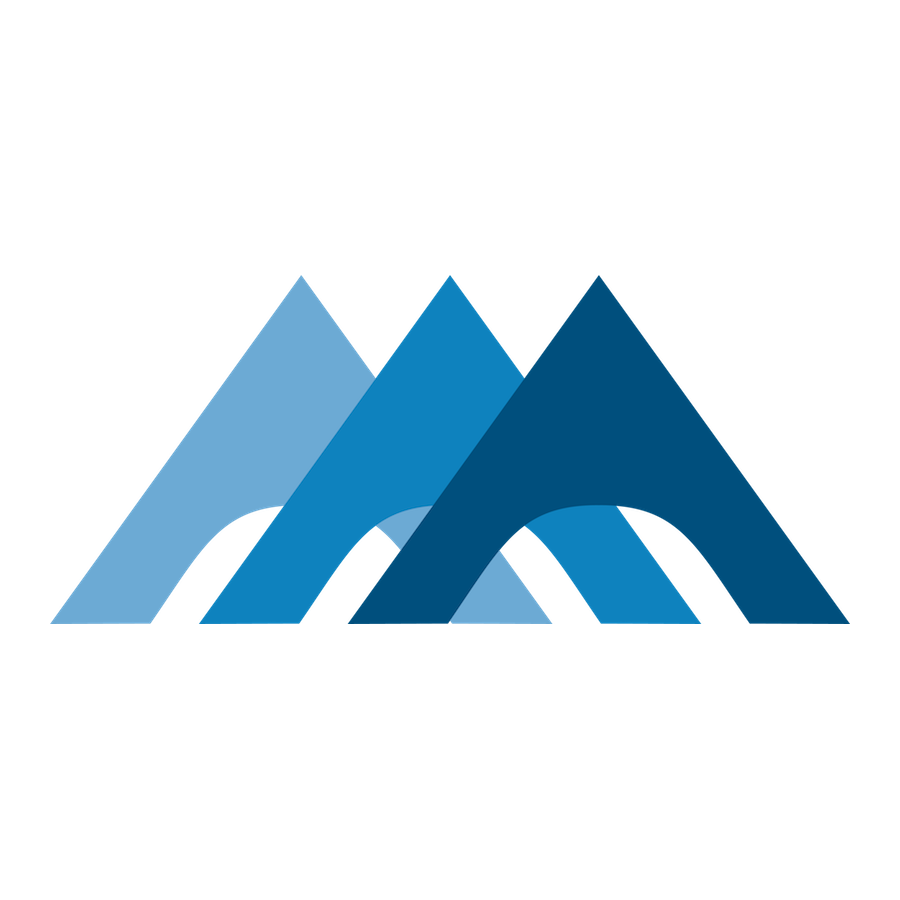 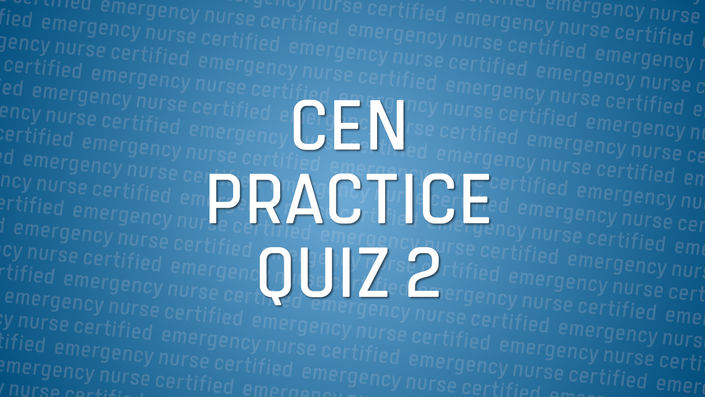 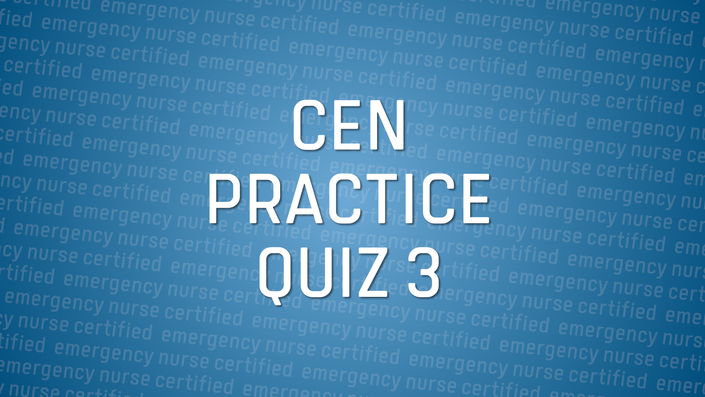 Does this course qualify for contact hours?
Yes! CEs are available for the review course only. You must complete the post test/evaluation before requesting your CEs.
How often will I be charged?
Just once for one full year of access!
How long do I have access to the course?
If using the One-Time Purchase Model, you will be charged once and will have access to the content for at least a year. Cancelling your account will revoke your access to our content.
What if I am unhappy with the course?
We would never want you to be unhappy! If you are unsatisfied with your purchase, contact us in the first 30 days and we will give you a full refund.
off original price!

The coupon code you entered is expired or invalid, but the course is still available!

After completing all of the videos and questions, please follow the link to the online evaluation. Once it is completed, you will be able to download your course certificate with CE's .

Thank you very much and good luck on the CEN Exam!